WTF is Up With The Labor Market?

Current hiring markets are unlike anything seen in decades. We examine the four main forces at play: layoffs, hiring, departures, and returns to the office. 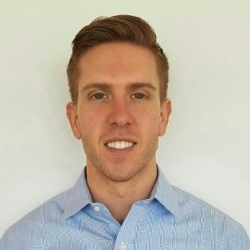 This odd combination of high inflation, low unemployment rate, and increased burnout has made it extremely difficult for HR and recruiting departments to do their jobs.

Given the number of open roles stands around 11 million in the US – well above the pre-pandemic range of 6-8 million –  it’s still a job seeker’s market. Because roles are hard to fill and people aren’t necessarily excited about returning to the office, there have been more voluntary departures, requests for flexible hours, and demands for higher pay.

Why is finding new candidates still so hard when companies are laying people off? How did we get here? And where is this going to end for individuals and companies?

It’s tough to make sense of anything right now, but we know for a fact that there are several factors impacting the job market: people getting laid off, people getting hired, people leaving their jobs, and people going back to the office. So let’s review how each of these elements is leaving its mark.

People Getting Laid Off

According to Techcrunch, 34,000 workers in the U.S. tech sector have been laid off in mass job cuts so far in 2022. Companies like Robinhood and Tonal have cut up to 30% of their workforce.  We’ve also heard about hiring freezes happening at huge players like Meta, Apple, Google, and Microsoft.

That said, a majority of these layoffs are happening in tech. Despite the attention tech layoffs are getting, the overall labor force participation rate fell to 62.1%, the lowest this year. In fact, industries like hospitality, healthcare, government, and restaurants are actively growing.

So why has tech been hit so hard?

One reason may be that tech has had somewhat of a honeymoon period over the past few years. Valuations skyrocketed, and to stay ahead, VCs shortened their due diligence cycle. Because many startup founders thought they’d be offered the same courtesy, they figured they could wait to raise. They made plans to use up the cash they had on hiring and growth efforts, hoping their valuation would rise in the process.

But instead of getting a huge deposit this year, they got the door slammed in their face. Even large companies like Oracle, Tesla, and Shopify over-extrapolated the growth they’d experienced over the past few years and heavily over-indexed on hiring.

And VCs didn’t react favorably. In this economic climate, VCs are becoming much more conservative, doing deeper, more extensive due diligence and writing smaller checks (if any).

At the same time, smaller startups used the cover of layoffs at larger companies to lay off their employees, too. This is because they couldn’t afford the salary expectations of most people they hired, and jumping on the layoff bandwagon could somewhat save them from bad PR.

People Are Still Getting Hired

Even though tech is slowing down substantially, 10.7 million jobs were available in June, and 528,000 new jobs were posted in July. And August showed higher hiring demand than there was in the past five months – double what experts forecasted.

Bloomberg Economics says, “there was no evidence of any cooling in hiring, not even in interest-rate sensitive sectors like construction.”

If you set up job alerts on LinkedIn, you’ll see the surge in new job descriptions yourself. There is still a massive number of service and hospitality roles sitting unfilled since before the pandemic. According to the Bureau of Labor Statistics, there are now over 1.4 million open roles一roughly 13% of all open roles in the US. And some companies have done tremendously well through the pandemic and need more employees to help them sustain that growth. Because they’ve done so well, they can afford to attract top talent with salaries and benefits that companies in other industries may be unable to match.

VC firm, Openview, suggests that companies looking to hire at this time should be ready and willing to answer candidate questions around cash flow, runway, budget, and other finance-related topics. Showing candidates your finances are on lock can give them the confidence they need to accept your offer and check one more job off your list.

The hiring backlog may last longer than you think as more folks opt to take remote-only jobs or leave the workforce altogether.

People Are Leaving Their Jobs

We’ve all heard about the Great Resignation as a result of COVID: In the wake of a global event, individuals have reshuffled priorities causing some to voluntarily leave roles for greener pastures. Employers tried to win people back with high counteroffers, but even those couldn’t retain employees that were just plain sick of their jobs.

Employers implemented recognition and rewards programs, lighter workloads, new benefits, and reassessed their compensation bands. Funnily enough, that made employees feel comfortable quitting their jobs – they were confident they could find something better. Sparking a massive war for talent.

But now, the economy has changed, and more and more people realize that the grass isn’t always greener.

Veris Insights, a HR and talent research firm, found that openness to changing jobs dropped 10% between June and July 2022. And when asked about the current US economic situation, 63% of job candidates were “very” or “extremely” concerned.

Candidates are also “boomeranging back” to their old jobs with relatively high frequency. For example, 23% of engineers, 21% of tech workers, and 19% of finance employees are considering returning to a former employer because of concerns that the recession will impact their current employer.

It is possible employees will soon no longer have the advantage. Some employers have quipped that the Great Resignation could quickly become the “Great Sacking” for newly overpaid and less productive  employees that aren’t adding value will be fired.

Companies like Goldman Sachs that nixed their annual performance reviews during the pandemic are bringing them back, using them to cull underperformers.

People Coming Back to the Office

Over two years later, employees are still waiting for the email saying that they need to return to the office. Although COVID surges and new variants have delayed timelines, companies may be finally changing their tone. It has become an important job of the Talent Operations squad to ensure that candidates feel safe and feel heard.

Employees have enjoyed the many perks of working from home. Viral clips of poolside product managers and the endless content stream of hilarious WFH satire may finally be striking a nerve with management. Meta CEO, Mark Zuckerberg, on a recent company all-hands call, told his employees “there are probably a bunch of people at the company who shouldn’t be here”. The days of coddling employees is over.

Only 30% of job openings in June were remote roles. So there’s a conflict brewing here that will be interesting to watch.

We are at a pivot point, and it’s likely going to get worse before it gets better. It’s still extremely challenging to find skilled labor in service, hospitality, and high-tech professional sectors. It’s clear that the stories of downsizing and layoffs in tech are the result of over-aggressive expansion. One thing is still clear: hiring will continue to be a challenge for many months to come.